Xiaomi is expected to approach the market with two new handsets. While a leak has showcased the all-new Xiaomi Mi 6X, another has revealed more details of the Xiaomi Mi 7. The Xiaomi Mi 6X is said to be the successor to Mi 5X, which was launched in July 2017. The Mi 5X was sold as Mi A1 in India with Stock Android. As of now, we cant say how Mi 6X is going to enter the Indian market.  Meanwhile, the Xiaomi Mi 7 is expected to be the company’s next flagship smartphone that could be launched at MWC 2018. 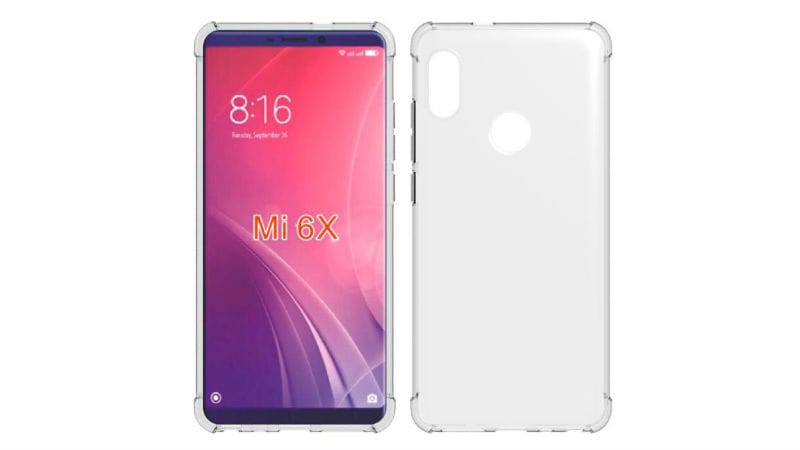 With each passing day, new rumors about the Xiaomi Mi 7 smartphone is coming out. The latest render from Naijatech which has cited a Weibo leak showcases the back side of the smartphone.  The render shows that there is a horizontally aligned dual camera setup along with an LED flash. Interestingly, the report also suggests that the smartphone may support wireless charging. Which means it can have an iPhone X like all glass back.

Some of the other leaked images show that the front side of the smartphone. Both the leaks, suggest that the Xiaomi Mi 7 may feature a traditional fingerprint scanner on the back. The design might remind you of Mi MIX 2 as the image also suggests the presence of an identical thin bezel design.

Earlier, Xiaomi had announced that the Xiaomi Mi 7 will be the first smartphone to feature Qualcomm’s Snapdragon 845 SoC. Some reports have claimed the presence of a 6-inch bezel-less 18:9 OLED display on the Xiaomi Mi 7.

You can also see a circular placeholder in the center. You might see a fingerprint sensor there. Also, the front side of the phone suggests that the Mi 6X may come with a full-screen design, with an aspect ratio of 18:9.

As you might know, the Mi A1 was a rebranding of Mi 5X, the Mi 6X could possibly be launched as Mi A2 in India. There are possibilities that the Mi 6X might be set for a mid-year launch just like the previous variant. The company has already confirmed it will be presenting Mi 7 at the Mobile World Congress. This phone could be its biggest launch.

You may also like to see: Xiaomi Redmi Note 5A High-End Edition: Specifications and Price

Buyers news: Upcoming smartphones in 2020 just for you…

Best budget smartphone cameras for all the selfie lovers in India

How Google voice Commands have made an easy approach to Android experience!

Twitter updates its PWA to improve and Explore more functionality

FIFA 19 Release Date Confirmed, will include UEFA Champions League and...

What Everybody In Addition Does Indeed When Ever It It will...

Google Fined $5B by the European Commission

Buyers news: Upcoming smartphones in 2020 just for you…

Getting Disturbed by unknown people try How to block a contact...