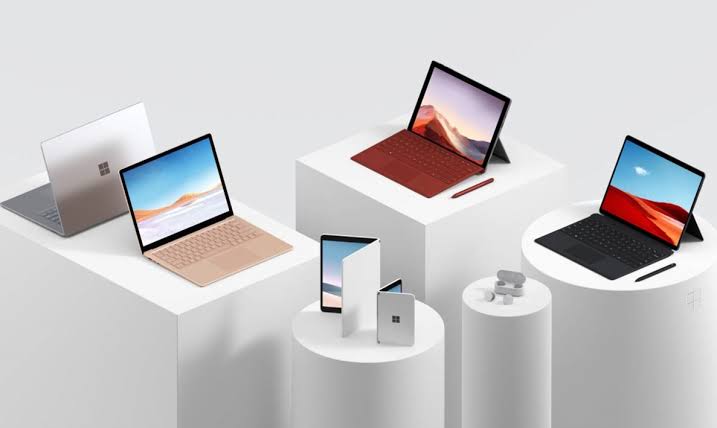 A big year for Microsoft. Will Microsoft be able to use it for its own good or not? The question that every Tech lover asks nowadays. Since, late 2019, Microsoft is continuously making announcements for the launch of new devices. Devices like Xbox Series X and Surface Neo (https://techhundred.com/2019/10/04/the-era-of-smartfolds-microsoft-also-in-the-spotlight/) will debut during early 2020 and potentially even more holiday hardware. After the launch of the iPhone 11 and Samsung Galaxy fold, it became very important for Microsoft to stay in the competition. 2020 marks the year for Microsoft, as there is a number of upcoming Microsoft device for 2020. Let’s have a look to those devices.

With the announcement of Surface Neo and Surface Duo last year. Microsoft was successful in making its position in the market clear. Surface Neo is Microsoft’s first Windows 10X device. It includes two separate 9-inch displays that fold-outs to a full 12.9-inch workspace running Windows 10X.

Surface Duo is an Android device and is capable of tolerating high-performance pressure. It comes with two separate 5.6-inch screen that supports the use of two or more different applications simultaneously. Microsoft surprised everyone with the adoption of Android. And now company is working with Google and others to improve the dual-screen experience for devices like Surface Duo. The display looks nearly 4:3 resolution, which is different from the common resolution of 16:9. Making it a Laptop-cum-Mobile. It is being considered one of the best upcoming Microsoft device.

Xbox Series X is the next-gen Xbox and will be released in late 2020. Previously it was named by its codename ‘Xbox Project Scarlett’. The all-new Xbox Series X was officially announced at The Game Awards 2019. A trailer was revealed that showcased the glory of Xbox. This time Microsoft has opted for a tower cube design that will primarily sit vertically but can also be placed horizontally. The design of the next-gen Xbox Scarlett looks very attractive and new. It will be important to see that will this upcoming Microsoft device restore Microsoft’s name in the market.

Microsoft’s Surface Book 3, an upgraded version of the previous Book series. The update is about to launch by April 2020. The previous device of this series, Surface Book 2 was launched in November 2017. Since then several other Surface series laptops and devices are being launched.

The basic device Surface Go was originally launched in August 2018. It was a smaller 10-inch version of the Surface Pro with a not much powerful Intel Pentium Gold processor. And now Surface Go 2 is a candidate for Qualcomm’s range of ARM-based processors. Considering the fact that this time Microsoft’s will be using a custom SQ1 processor in the Surface Pro X this year.

Microsoft was supposed to release its all-new $249 Surface Earbuds in late 2019. But eventually, due to some unspecified reasons, the launch of the device was postponed to May 2020.

The specified list of upcoming Microsoft device ends here, but the list still continues on the rumors. As the rumors go, devices like Surface Webcams and Surface Studio 2 also appears to launch in 2020. to know more continue on tech100 and for updates visit our Facebook.

The Division and The Call of Duty: WWII are Followed by...

Gargi Rohatgi - September 9, 2018
0
Summary: Looks like the gamers' paradise is here and now. As Tom Clancy's 'The Division' and 'The Call of Duty: WWII' unpacks one of...

Windows 10 May 2019 Update: Major Changes Coming with the Update!

Incognito mode in G-maps. It goes incognito for android, know how...

How to Generate Aircel Porting Code/MNP/UPC Manually From Online?